This tutorial assumes you are starting from scratch with a new Raspbian installation. The instructions may work on other operating systems, but they have not been tested outside of Raspbian.

If you have not already done so, format an SD card then download and install Raspbian. After the operating system is installed and booted, the desktop should look similar to this: 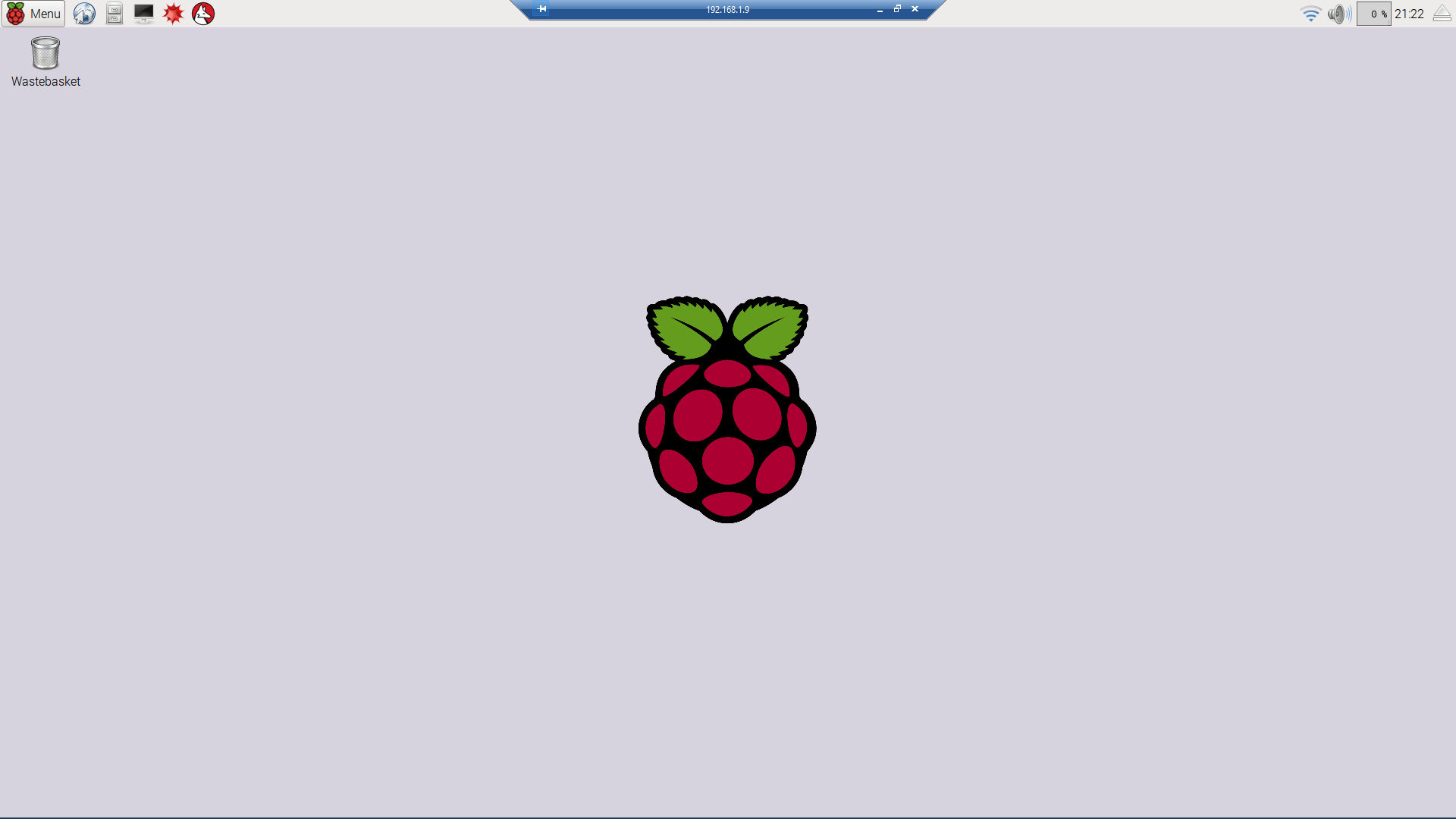 Before going any further, you will need to connect the Pi to the internet. Either plug a live network cable into the jack on the front or plug in a USB wifi adapter and configure it. Verify internet connectivity by opening a web page or pinging a server on the network.

Since updates may have been released since the operating system image was created, run an update to make sure the latest versions of all programs are running. Open a terminal and running the following command:

Depending on your internet speed, the update process may take a few minutes.

Recent releases of Raspbian include Node.JS and Node-RED, but the versions included are not the very latest. The following commands will load the latest versions and install the SiteWhere Node-RED modules:

To run Node-RED and verify the installation, run:

Node-RED will start and do some initial loading, then it will display a message indicating that the server is running. Open a browser and navigate to the URL provided in the server startup log (usually http://localhost:1880). The Node-RED web application and flow editor will load in the browser. Scroll down the palette at the left side of the application to verify that SiteWhere nodes have been installed as shown below: 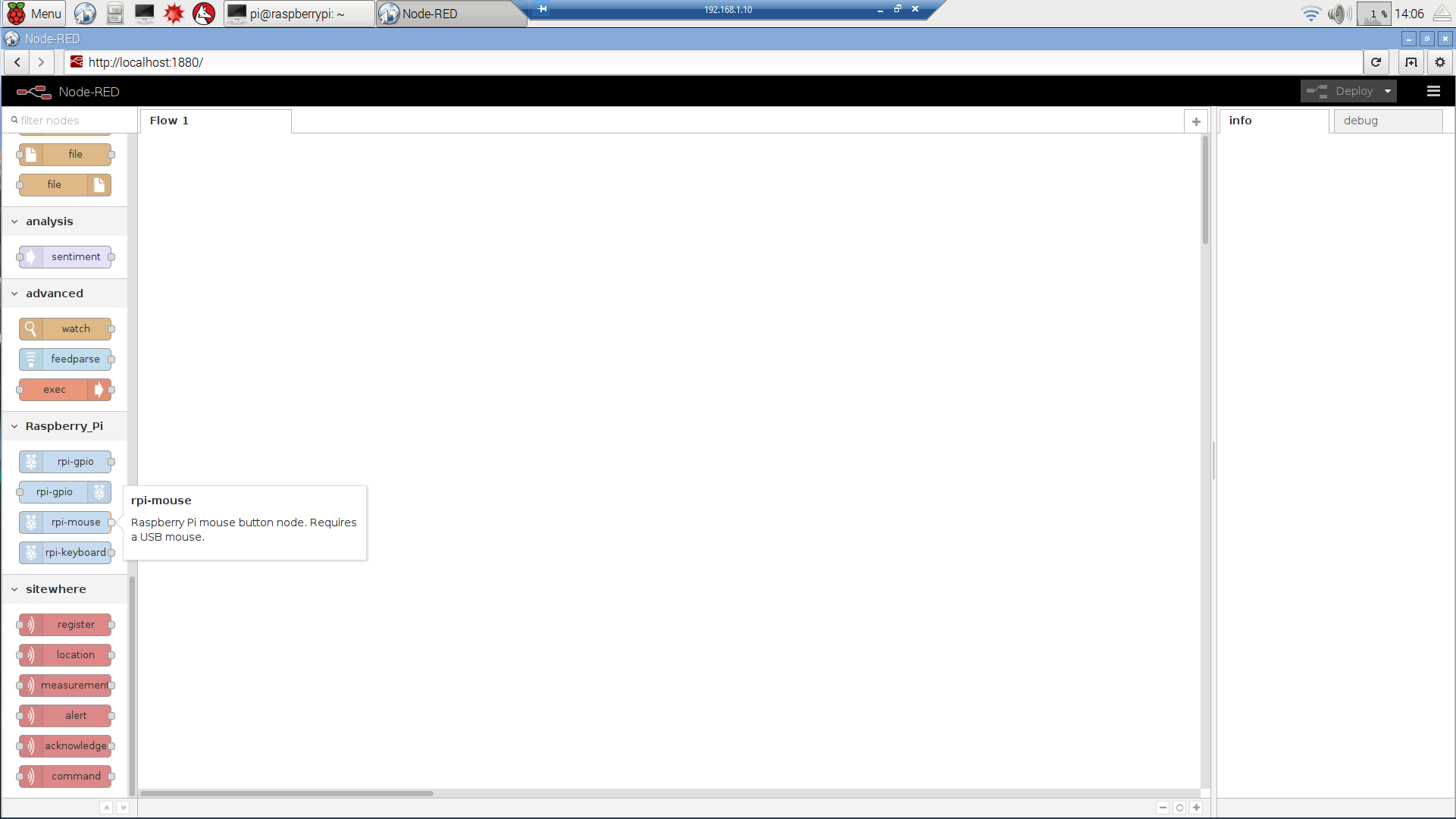 Shut down the Node-RED server by typing ctrl-c.

With the library installed, the Node.JS modules can be added to provide a Node-RED node to interact with the BCM2835 library. Execute the following commands to add them:

Start the Node-RED server and open the browser to the web application to verify that a palette entry was added for the DHT sensor (it will show up in the Raspberry Pi group): 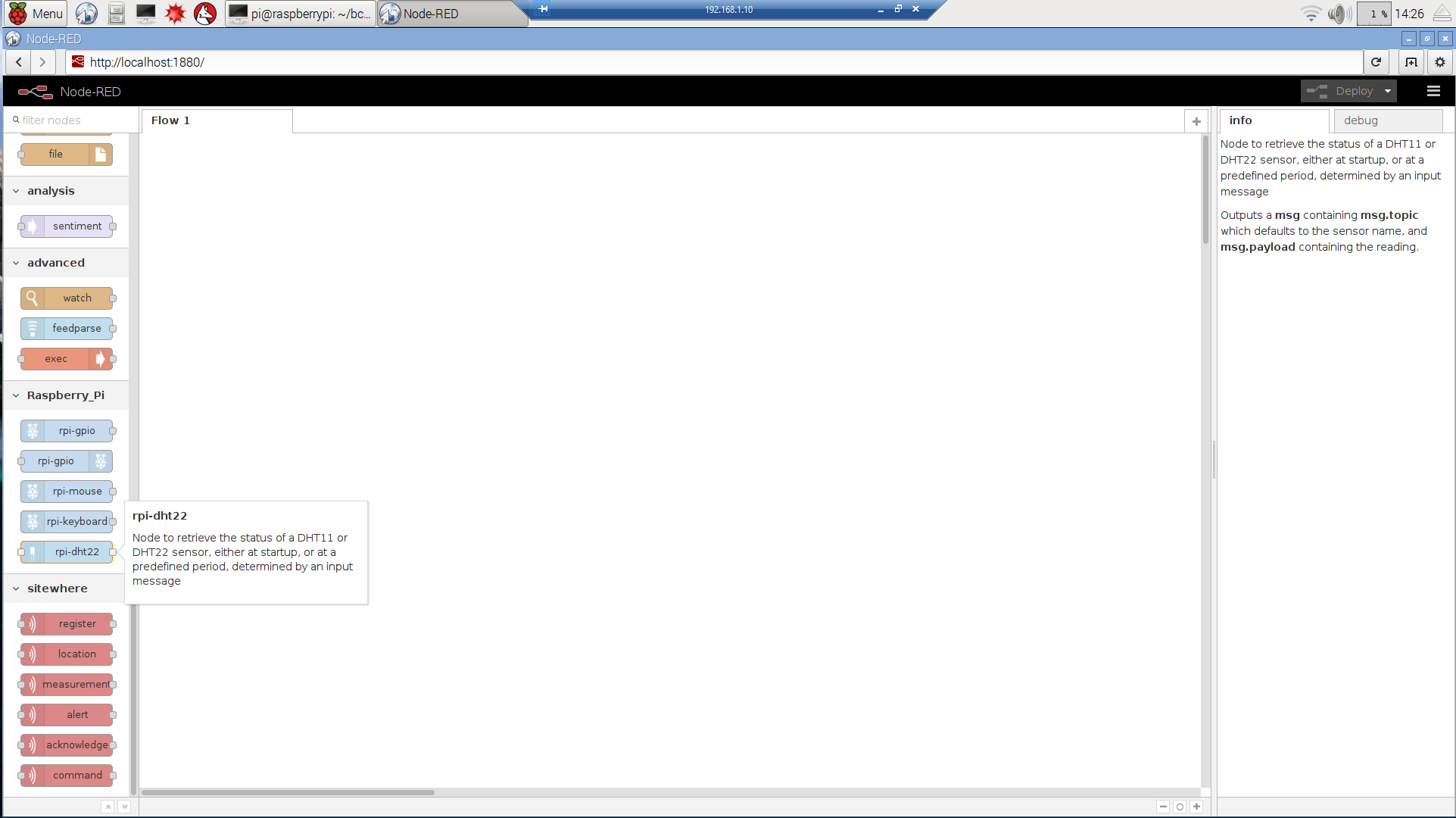 With Node-RED and the SiteWhere nodes installed, you can now start to build flows that allow devices to register with SiteWhere, send events, and process commands. This setup will provide a base configuration for other tutorials around SiteWhere/Node-RED integration.